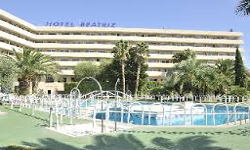 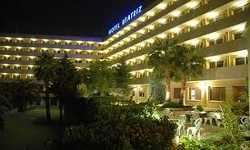 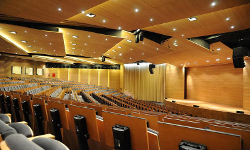 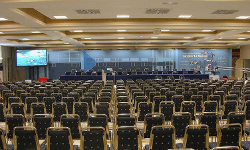 Chosen as the best Conference Hotel in Spain by the OPC's and the best Convention Hotel by Curt Ediciones, the Hotel Beatriz Toledo Auditorium & Spa is the perfect choice for events and conventions, with spacious rooms and outdoor facilities to satisfy the most demanding needs, with amazing views of the impressive historical center of the Imperial City.
The city of Toledo, declared a World Heritage Site by UNESCO in 1986, is located on a rocky headland, bordered by the river Tajo in the very heart of Spain, just 70 km from the capital, Madrid. Nowadays, Toledo preserves the image of a medieval city sheltered by city walls and fortified towers where different doors open to give access to its impressive historic quarter.

Toledo is just 80 km from International Madrid Barajas Airport and well connected with Madrid by highway, bus service or high-speed train. The Hotel Beatriz Toledo Auditorium & Spa is easily accessible by main road and just 10 minutes from the rail station (Madrid-Toledo by train takes about half an hour). And it is about 45 minutes from Madrid-Barajas Airport.